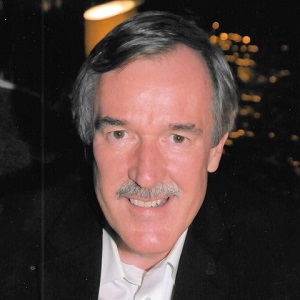 Richard Aude (Immediate Past President: Endowment/Scholarship/Foundation Planning) has participated as a member of the Detroit Concert Choir since 1996. He has traveled with the DCC for 5 international competitions and was a relatively new member when the choir won the prestigious "Choir of the World" title in Llangollen, Wales.

Dick has served as Vice President on the Detroit Performing Artists Board, leading the newly established Endowment Campaign. He was also active on the conductor search and development committees. Dick worked many years for American Axle Manufacturing in Detroit. He is now semi-retired and works for Delta Airlines. Dick is a founding member of the Lime Lake Choral Society in northern Michigan and maintains a particular interest in a cappella performance and close order harmony.

We are overjoyed to welcome you back with a complete season of concerts. We open our 35th season with Let Music Live!  on Sunday, October 24, 2021, 3:00 pm at Sweetest Heart of Mary Church, Detroit. Safety policies will be in place. Learn more.