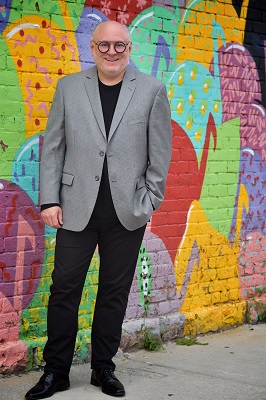 Dr. Michael A. Mitchell, DMA began his position as the Artistic Director of the Detroit Concert Choir in June 2019. He is the Director of Choral Activities at Oakland University in Rochester, Michigan, where he directs the University’s three choral ensembles and supervises the graduate-level choral conducting program.
Dr. Mitchell has conducted masses and full concerts at many of Europe’s leading sacred music venues, including St. Mark’s Basilica and Chiesa San Salvador in Venice, St. Nicholas Church in Prague, Peterskirche in Vienna, St. Matthias Church and St. Stephen’s Basilica in Budapest, the Church of the Holy Redeemer in Bratislava, the Church of St. Jacob in Ljubljana, and St. Catherine’s Church in Zagreb.
On the popular music front, Dr. Mitchell teaches a popular summer course on the history of Rock and Roll and has prepared and conducted choruses for the Rolling Stones and Sarah Brightman. As a composer, Dr. Mitchell’s music is performed throughout the United States, including at several conferences of the American Choral Directors Association.
Before coming to Michigan, he was a choral director and music supervisor in the public schools in Texas and taught at the University of Missouri-Kansas City. Dr. Mitchell studied conducting, music education, and voice at the University of Texas at Austin and received his doctorate in conducting from the University of Missouri-Kansas City Conservatory, where he served as assistant to the legendary conductor Eph Ehly for three years. As a doctoral student, he was the winner of the UMKC Chancellor’s Award for Academic Merit and was a finalist in the American Choral Directors Association national conducting competition. Dr. Mitchell is a member of The American Choral Directors Association and recently served as President for the Michigan chapter. He is also a member of the American Music Center, The College Music Society, The Michigan School Vocal Music Association, and Phi Mu Alpha Sinfonia. 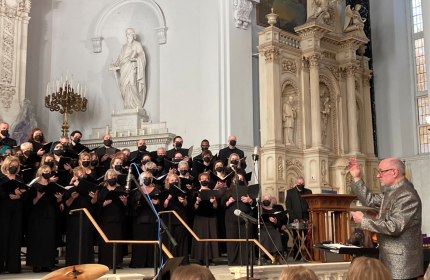